Reports out of Moscow say civilian GPS and GLONASS device users are victims of a GPS jammer. Taxis and Pokemon Go gamers report their satnav devices give widely varying locations. Sometimes they show them 30 kilometers to the southwest at Vnukovo Airport. So far no one has admitted guilt.

The Moscow Times for October 21, 2016 features a story about video blogger Grigory Bakunov’s detailed survey of the area. He measured signal strength and location errors while criss-crossing central Moscow for three hours. The map of his data clearly shows the interference is intermittent and centered on the Kremlin. This of course makes the Russian government the prime suspects. The Kremlin however is denying all accusations that they are the GPS jammer. A Putin spokesperson redirected questions to Russia’s Federal Protective Services, the agency responsible for Kremlin security, who did not comment. 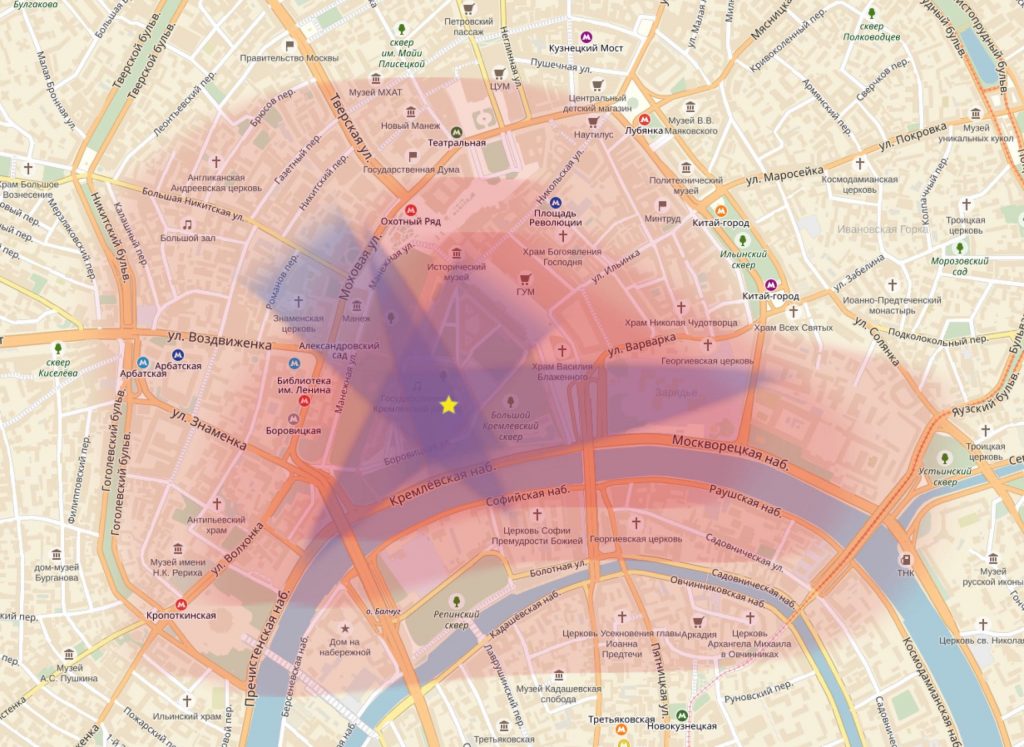 Method To The Madness

Now it’s not hard to see why the Russians want poor satnav coverage near their government headquarters and official residence of the Russian president. It obviously makes it harder to use satellite navigation for terrorist strikes on the government. What’s not so obvious is why the GPS jammer set it up so devices think they are near a major airport. Perhaps this is just an unintended consequence of the plan.

Since users say locations vary by many kilometers and do not have outright failure from loss of signal, the GPS jammer could be imitating a real GPS signal. Changing the timing information makes the receiver think it is closer or further from its real location. This is one of the more challenging ways to jam satnav signals and the Russian government has the financial and political resources to do it.

Tip Of The GPS Jammer Iceberg?

This story also begs the question: Are there GPS jammers set up around the White House in Washington or Whitehall in the UK? To my knowledge there have never been any reports of similar navigation failures around sensitive locations in other countries. With the increased use of satellite navigation in recent years someone would surely notice.

At first the United States government protected itself by using Selective Availability (SA) to degrade GPS accuracy for non US military users. It’s not really jamming though. It alters the real clock information sent to the receiver to limit location accuracy while still being good enough for legitimate applications. SA eventually became redundant when GPS makers came up with software tricks to get around it. In May 2000, the Clinton Administration disabled SA since the Russian GLONASS and European Galileo systems were coming online to compete directly with GPS. American manufacturers and industry already had a large investment in GPS so SA could put them at a disadvantage. Now with SA gone and refinements like Wide Area Augmentation System (WAAS) and Satellite-Based Augmentation System (SBAS) all the different systems have more or less equal performance.

In spite of this you still might be faced with the effects of a local GPS jammer. There are many companies who specialize in building jamming equipment that use transmitters to cover the real signals or send fake ones. Although most governments prohibit jamming it is still being done clandestinely with relatively commonly available equipment.

Reasons for passive jamming are as innocent as an employee with a company vehicle taking an extra break or using the vehicle for personal business. Although that does not threaten national security it still bothers employers who want to improve productivity and avoid legal liability issues caused by misuse of their property. Companies will probably resort to new employment policies to solve that one. In the meantime, Pokemon Go users will have to give up playing in Red Square.